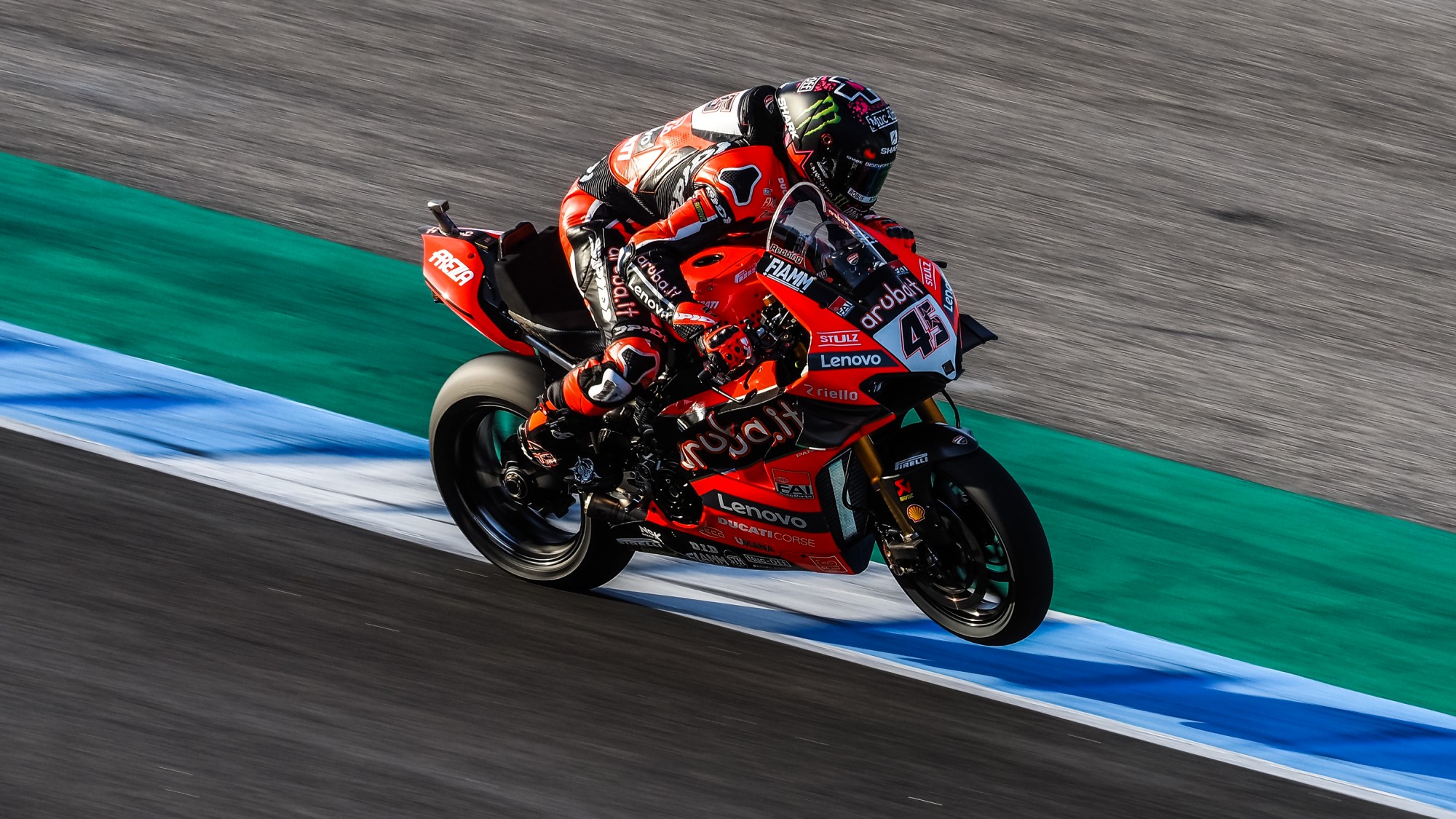 The final FP3 of the year got underway in the 2020 MOTUL FIM Superbike World Championship ahead of the much-anticipated return to the Circuito Estoril in Portugal. The Pirelli Estoril Round’s second day started, and it was Scott Redding (ARUBA.IT Racing – Ducati) who topped the session ahead of the Tissot Superpole Session later on in the day.

Redding’s experience at Estoril, combined with the Ducati’s strengths at the circuit, saw him set the fastest lap of the entire weekend in the closing stages to cement himself as the man to beat across the weekend. Second place belonged to Toprak Razgatlioglu (PATA YAMAHA WorldSBK Official Team) and the Turkish rider continued to improve. Third place was Jonathan Rea (Kawasaki Racing Team WorldSBK), the highest he’s been all weekend at the end of a session whilst in fourth, Michael van der Mark (PATA YAMAHA WorldSBK Official Team) fended off Garrett Gerloff (GRT Yamaha WorldSBK Junior Team).

Chaz Davies (ARUBA.IT Racing – Ducati) was sixth ahead of impressive wildcard Jonas Folger (Bonovo Action by MGM Racing) and the German rider looks good ahead of his second WorldSBK weekend. Alex Lowes (Kawasaki Racing Team WorldSBK) was fifth at the end of Friday but only eighth on Saturday morning, ahead of Tom Sykes (BMW Motorrad WorldSBK Team) and Team HRC’s Leon Haslam. Michael Ruben Rinaldi (Team GOELEVEN) had another tricky session, down in 15th.

We are glad to have @JonasFolger94 back and to see him improving his times!

Follow all the action from the final round of the 2020 season with the WorldSBK VideoPass!