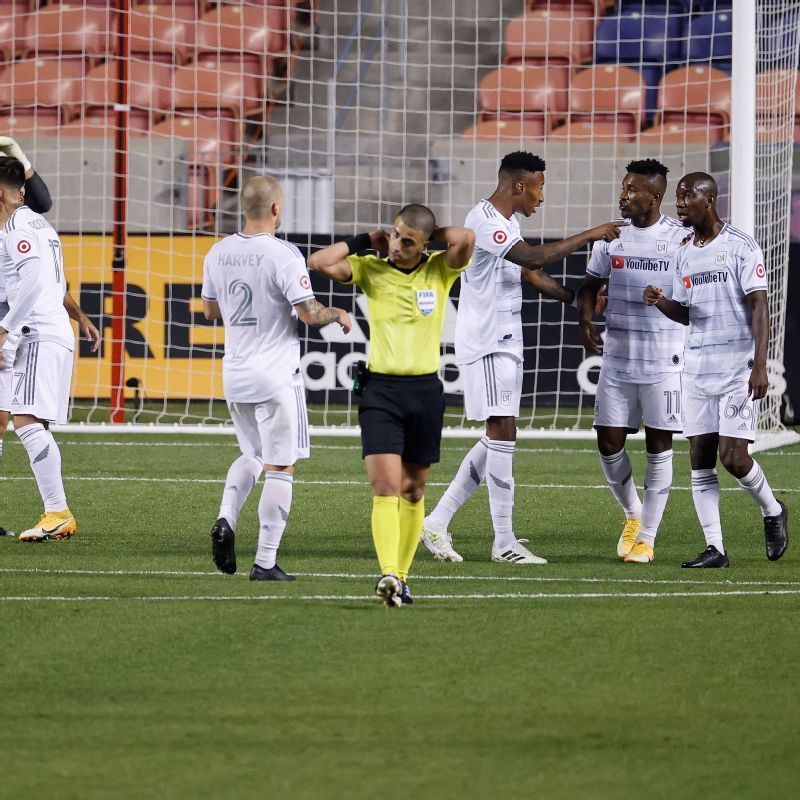 Bradley Wright-Phillips scored one goal and assisted on another to lift LAFC to a 3-1 victory over Real Salt Lake in Sandy, Utah, on Sunday night.

LAFC (6-6-3, 21 points) picked up a critical road victory while bolstering their playoff standing. The club dominated possession and kept RSL on its heels for much of the match in picking up three points on the road for the first time this season.

Salt Lake (4-5-6, 18 points) lost for the third time in its last four home matches. The Utah club has been outscored 10-4 in those setbacks. RSL has only garnered eight total points in seven home matches so far this season.

Wright-Phillips struck first in the 22nd minute. The ball careened off the left post and backed to the unmarked striker inside the middle of the six-yard box. Wright-Phillips tapped it in for an easy goal to put LAFC up 1-0.

Rossi followed in the 27th minute. He raced ahead and latched onto a long ball, juked a defender, and threaded a ball past goalkeeper Andrew Putna into the right corner of the net to extend the lead to 2-0.

Brian Rodriguez made it a three-goal advantage in the 59th minute. Rodriguez split two defenders off a pass from Wright-Phillips, charged into the 6-yard box, and chipped the ball over Putna’s shoulder to extend the lead for Los Angeles.

Salt Lake finally pulled one back in the 64th minute. Marcelo Silva headed in a corner kick from Pablo Ruiz and the ball hit LAFC midfielder Eduard Atuesta and deflected into the net for an own goal.