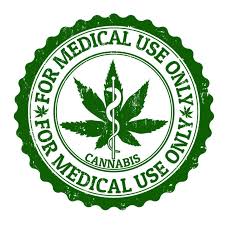 This month’s approval of the sale of medical marijuana by an overwhelming statewide majority vote answered one question, but spawned many more. Mississippians spoke on the issue resoundingly, giving Initiative 65 about 68 percent of the yes votes recorded.

Of the questions the passage of medical marijuana created, one of the most pressing is where will the dispensaries for the product be located, and what actions can cities and counties take to limit, or control, the locations of the businesses that will begin opening across Mississippi in 2021.

Barring any court injunctions or similar legal maneuvers designed to stop, or slow, the medical marijuana industry’s entrance into communities, many of which are unprepared for the coming market, there will certainly be applications soon for “pot shops” locally.

The Panola County Board of Supervisors has briefly discussed the matter, but has taken no steps, as of yet, to prepare for the opening of dispensaries here.

Board president Cole Flint brought the matter up in the Nov. 2 meeting of the supervisors, telling his fellow elected officials he believes the county should explore what legal options are available for setting up zoning restrictions for future dispensaries.

“I would like for us to consider, in the unincorporated areas of Panola County to only allow retail establishments in I-2 (Industrial) areas, meaning they can go in the industrial development parks where there is low traffic and no road frontage,” Flint said. “We just don’t want them popping up in areas that our families are driving by every day.”

Board attorney Gaines Baker said this week he is currently reading all the information he can gather about what may be permissible under state law in matters concerning zoning for businesses by county boards, as well as studying the language of Initiative 65 as it relates to Panola County’s current rules and regulations.

Baker said he doesn’t expect the county to make any changes before the new year, but added that local supervisors, along with elected officials across Mississippi, will have to address the medical marijuana issue in the near future.

Baker said it’s reasonable to assume the county’s efforts in economic development and business promotion will be affected by the decisions made locally about where dispensaries may be placed and how they may be operated.

“Unfortunately, this board, like those all over the state, does not yet have the information they need to make decisions at this point,” Baker said. “I suspect this will get a lot of attention starting in January.”

Flint said Batesville, Sardis, Como, and Crenshaw all have designated industrial zones that could be used for dispensary locations, and he hopes the supervisors will be allowed to dictate where medical marijuana is sold, at least in Panola County.

“That’s about our only avenue to slow down retail establishments in the county, per the wording of the initiative,” Flint said. “We need to consider restricting them to those designated areas. We just don’t want them on the main drags.”

The Mayor and Board of Aldermen of the City of Batesville have not yet discussed the issue in an open meeting, and no applications to operate a medical marijuana dispensary in the city has been filed.

Statewide, polls indicated early this summer that Initiative 65, placed on the ballot as a referendum by supporters who gathered the necessary signatures to have the measure considered, would pass in Mississippi.

A late effort by some legislators, civic leaders, religious leaders, and medical personnel to have voters choose the option of 65A (which would legalize medical marijuana but greatly limit its availability) failed. Around the state, and locally, voters opted for the more liberal version of the measure by about a 65 to 35 percent ratio.

Only at the Cliff Finch building polling site was Initiative 65 defeated, barely, where 267 voted no and 261 yes.

The vote was close at the Tocowa site, where the measure passed 355 to 352.