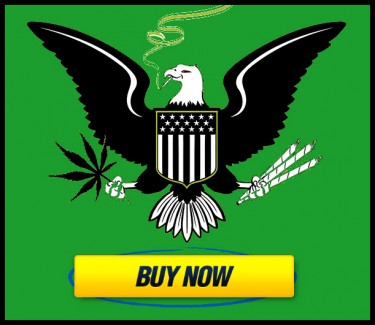 Over the past couple of years, the Cannabis industry has enjoyed a big wave of legalization in different states. Marijuana use for medicinal and recreational purposes is now legal in a lot of states in the US. While cannabis may be legal regionally it remains illegal federally. The illegal status of cannabis with the FDA and the federal government has created a lot of troubling situations for individuals and businesses invested in the industry. Despite the restrictions placed on the industry by the federal government the cannabis industry keeps blossoming. The industry has grown tremendously over the past couple of years, with demand numbers going through the roof.

The upward trajectory of the cannabis industry piqued the interest of a lot of private and corporate investors. With the industry projected to rake in billions in revenue over the next couple of years, are we getting to the point where the government tries to join the winning side? Up until now, the majority of cannabis business owners, farmers, or those invested in cannabis businesses have been private entities. However, that may cease to be the case. Some state governments are already making waves in the cannabis industry, opening dispensaries, cultivating buds, etc.

At first glance, the involvement of governments in the business end of the cannabis industry shows a lot of benefits but on a closer look, you’ll see it has its downsides too. This is why I’ll be drilling down on government involvement in this article. Are state-run cannabis dispensaries the way forward?

The fact that states have the luxury to dictate their laws when it comes to cannabis is a huge advantage. State-owned cannabis businesses may just be catching on in the US but it’s already a thing in countries like Canada and Uruguay. A good example of such is the Ontario Cannabis Store in Ontario, Canada. It should be noted that for government-owned cannabis businesses to fully thrive, its important federal restrictions are lifted. If the government want to truly tap into what the cannabis industry has to offer, cannabis has to be legalized federally.

State governments owning dispensaries definitely have enormous upside but a lot of people are concerned about how it will affect private players in the industry. Currently, the majority of dispensaries are privately owned. Will the rise of state-owned dispensaries help or harm these establishments?

What are the benefits of State-run Cannabis Dispensaries?

The financial benefits associated with this move is one of the primary reasons why the majority of states are seriously weighing the option of operating state-run cannabis dispensaries.

Apart from the apparent financial benefits, state-run cannabis dispensaries can also help to meet the growing demands of cannabis users. The cannabis industry is rapidly growing, and as a result of this, meeting the ever-increasing demands of cannabis users is becoming a problem in several states. There are a limited number of legal cannabis dispensaries because of issues with licensing, delivery, supply chains, optimal insurance to cover risks, and so on. In dire circumstances like these, state-owned dispensaries can help fill the void. State-owned dispensaries will have the capability to operate without being hampered by the problems that regular dispensaries face.

Everything in life has downsides, and this is no different. Read on to find out the downsides of state-run cannabis dispensaries.

A major factor in the way of state-owned dispensaries gaining widespread support is the effect it will have on the progress of private individuals in the sector. State-run cannabis dispensaries will stunt or even halt the progress of a lot of cannabis lovers invested in running a dispensary. Competing with a state-funded program is near impossible, especially if the competition are private entities. The rise of state-run dispensaries will mean fewer privately owned ones.

They may not be as efficient as private ones thus making cannabis purchase more difficult for cannabis users.

It will be much easier for the government to regulate.

Excessive bureaucracy will be the norm which will be extremely frustrating.

The road to success is always paved with stumbling blocks. It should be noted that there are some factors impeding the growth of state-owned dispensaries. Read on to find out what they are!

What are the factors impeding the growth of State-run Cannabis Dispensaries?

Despite the fact that states have the luxury of dictating cannabis laws within their jurisdictions, there are still several possible gray areas that affect the concept of state-owned cannabis dispensaries. One example of this is the situation with Washington DC where one-third of the state is owned by the federal government. This means that in those parts of the state, federal rules apply.

State and local regulations also pose an issue; especially in scenarios where local cities have varying regulations. California is a prime example of such, with its numerous cities and counties having different laws and regulations. Things like this ultimately create a problem of inefficiency which isn’t good for the cannabis industry.

What the future holds for state-run cannabis dispensaries is still a mystery. But if it eventually becomes a thing, it’s plausible to expect California to be at the forefront of such development. California is one particular state that boasts of a considerable amount of legal cannabis dispensaries. Although it should be noted that Oklahoma also has a good number of dispensaries (over 650) even though recreational use is still illegal in the state.

Will the advantages of state-run cannabis dispensaries be sufficient to overwhelm the downsides? Drop your opinion in the comment section below. 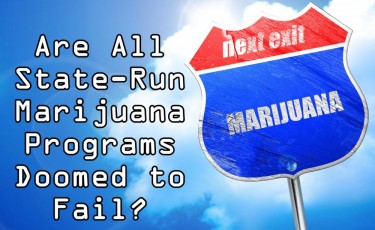 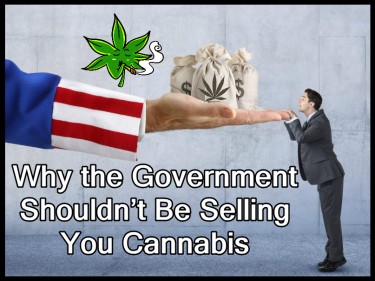 WHY THE GOVERNMENT SHOULD NOT BE SELLING MARIJUANA, READ THIS.